U.S. rail volumes fell again in January, but there were glimmers of hope. Nine of the 20 carload categories the AAR tracks had year-over-year gains in January 2020, the most in a year, and several other commodities had carload declines in January that were smaller than they’ve been in recent months. 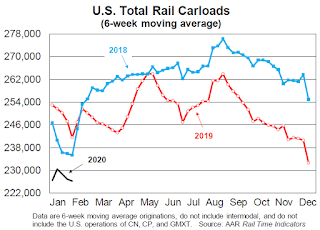 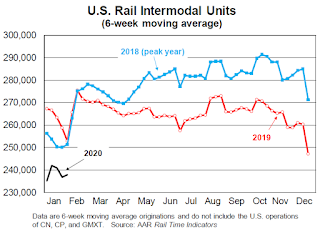 
Meanwhile, total U.S. intermodal originations (which are not included in the carload numbers) were down 5.4% (71,081 containers and trailers) in January, also their 12th consecutive monthly decline