Also the Q4 quarterly Reis surveys for office and malls will be released this week. 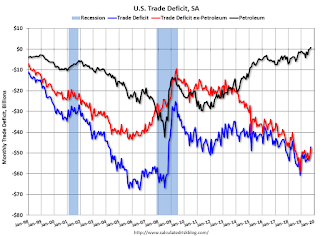 8:30 AM: Trade Balance report for November from the Census Bureau.

8:15 AM: The ADP Employment Report for December. This report is for private payrolls only (no government). The consensus is for 156,000 payroll jobs added in December, up from 67,000 added in November.

8:30 AM: The initial weekly unemployment claims report will be released. The consensus is for 222,000 initial claims, unchanged from 222,000 last week. 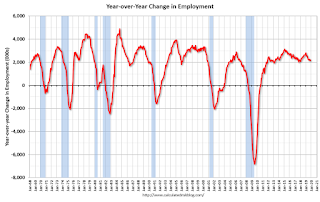