The Zillow forecast is for the year-over-year change for the Case-Shiller National index to be about the same in November as in October. 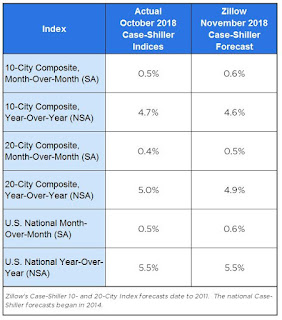