The Federal Reserve Bank of Philadelphia has released the coincident indexes for the 50 states for November 2018. Over the past three months, the indexes increased in 47 states and decreased in three states, for a three-month diffusion index of 88. In the past month, the indexes increased in 43 states, decreased in three states, and remained stable in four, for a one-month diffusion index of 80.
emphasis added 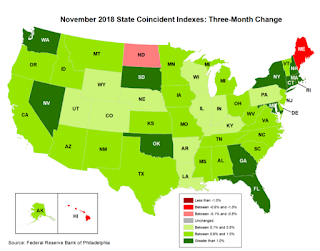 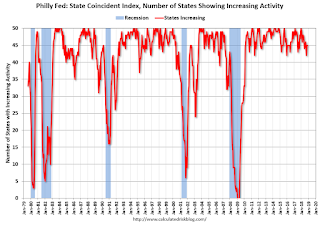