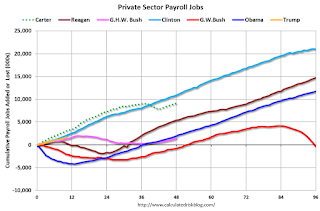 During the first ten months of Mr. Trump's term, the economy has added 1,670,000 private sector jobs. 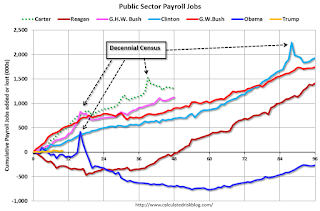 During the first ten months of Mr. Trump's term, the economy has added 30,000 public sector jobs. 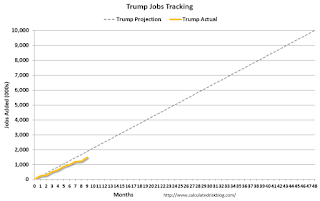