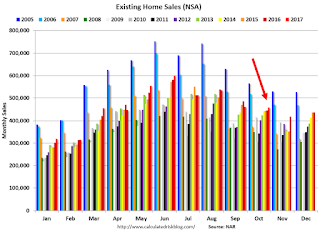 Sales NSA are now slowing seasonally, and sales NSA will be lower through February.