• From the Chicago Business Barometer™: The overall index decreased to 58.8 in July from 61.1 in June. This was below consensus expectations of 60.2. Note: any number above 50 shows expansion.

• GDP: Not only has growth slowed, but the recession was significantly worse than earlier estimates suggested. Real GDP is still not back to the pre-recession peak.

The following graph shows the current estimate of real GDP and the pre-revision estimate (blue). I'll have more later on GDP. 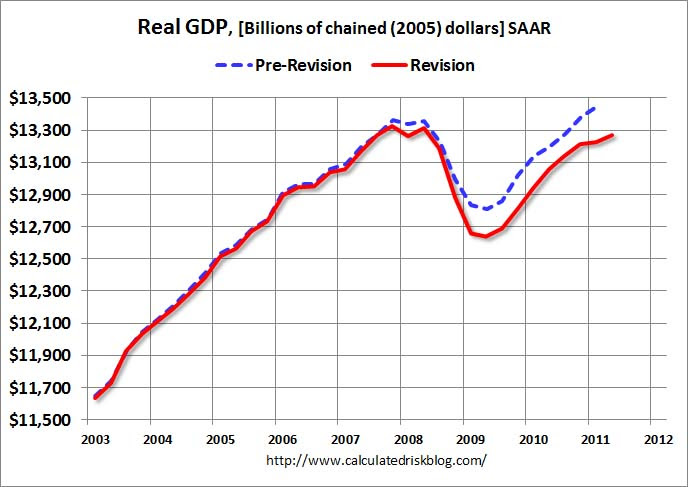 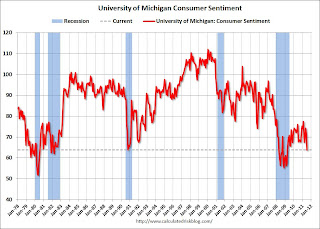 • The final July Reuters / University of Michigan consumer sentiment index declined slightly to 63.7 from the preliminary reading of 63.8 - and down sharply from 71.5 in June.

Click on graph for larger image in graphic gallery.