However private construction spending was about the same as the downwardly revised August rate: 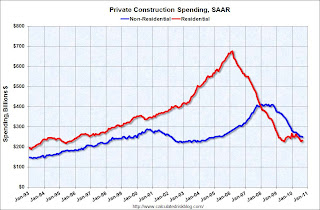 The downward revisions to construction spending in July and August were significant.