Housing Starts increased to 974 Thousand Annual Rate in May 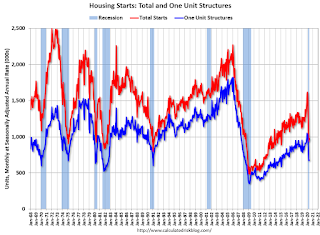 Single-family starts (blue) increased slightly in May, and were down 17.8% year-over-year. 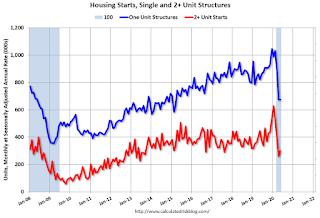 Total housing starts in May were well below expectations, and starts in April were revised down.

Residential construction is considered an essential business, and held up better than some other sectors of the economy, but was still negatively impacted by COVID-19.