Note: This data was for January and the outbreak of COVID-19 probably had little or no on impact at that time.


The U.S. Census Bureau and the U.S. Bureau of Economic Analysis announced today that the goods and services deficit was $45.3 billion in January, down $3.3 billion from $48.6 billion in December, revised. 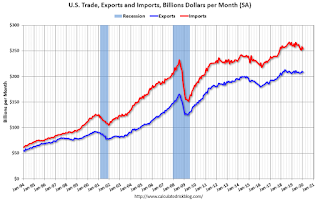 Both exports and imports decreased in January. 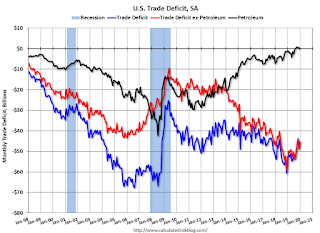