Heavy truck sales declined again in 2016 - mostly due to the weakness in the oil sector - and bottomed at 363 thousand SAAR in October 2016. 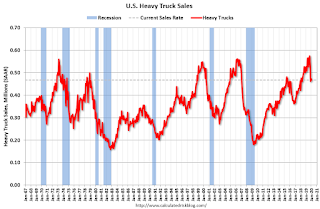