Total housing starts in November were above expectations and revisions to prior months were minor. 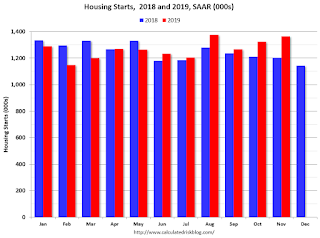 Last year, in 2018, starts were strong early in the year, and then fell off in the 2nd half - so the comparison will be easy in December. 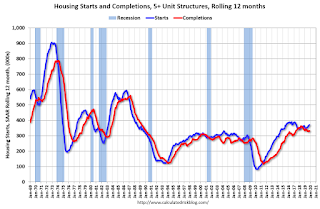 The rolling 12 month total for starts (blue line) increased steadily for several years following the great recession - but turned down, and has moved sideways recently.  Completions (red line) had lagged behind - then completions caught up with starts- although starts are picking up a little again. 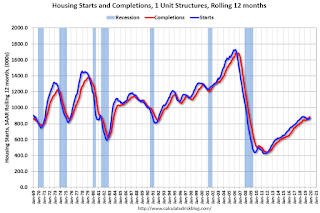