From the Census Bureau reported that overall construction spending increased slightly in August:

Both private and public spending increased:


Spending on private construction was at a seasonally adjusted annual rate of $961.7 billion, 0.2 percent above the revised August estimate of $959.9 billion. ... 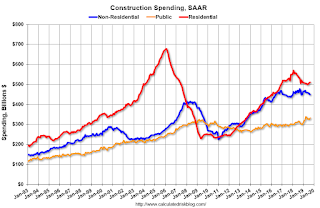 Public construction spending is 2% above the previous peak in March 2009, and 27% above the austerity low in February 2014. 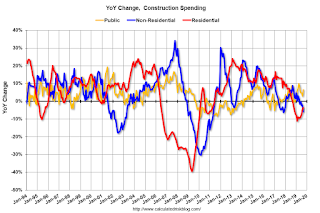