Total housing starts in September were below expectations, however starts for July and August were revised up combined. 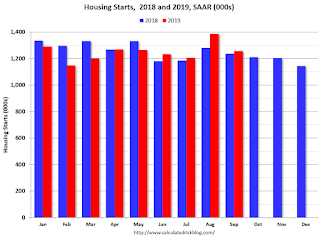 Starts were up 1.6% in September compared to September 2018.

Last year, in 2018, starts were strong early in the year, and then fell off in the 2nd half - so the Q4 comparisons will be easier. 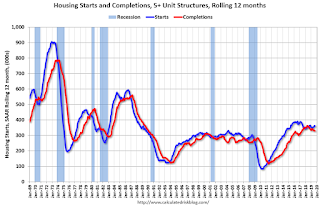 The rolling 12 month total for starts (blue line) increased steadily for several years following the great recession - but turned down, and has moved sideways recently.  Completions (red line) had lagged behind - then completions caught up with starts. 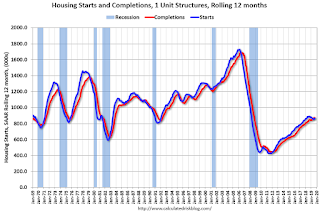