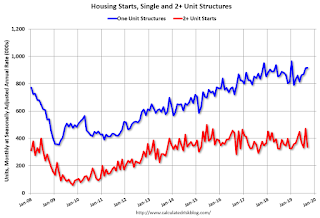 Multi-family is volatile month-to-month, and  has been mostly moving sideways the last several years.

Single-family starts (blue) increased in September, and were up 4.3% year-over-year. 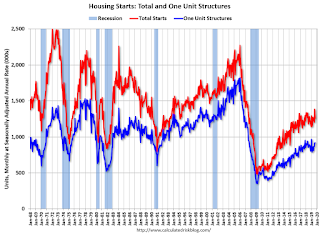 Total housing starts in September were below expectations - mostly due to a decline in the volatile multi-family sector - however starts for July and August were revised up combined.