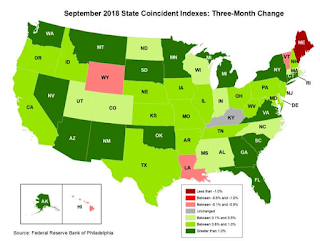 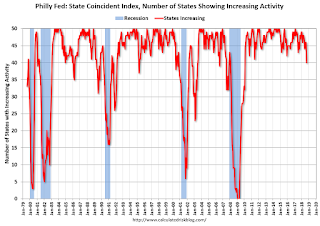 In September, 40 states had increasing activity (including minor increases).

This is the fewest states with increasing activity in almost 9 years.
Posted by Calculated Risk on 10/26/2018 01:14:00 PM
Newer Post Older Post Home