Based on a preliminary estimate from AutoData, light vehicle sales were at a 16.7 million SAAR in August.

Note: All other data from the BEA (the BEA will report this month's sales soon). 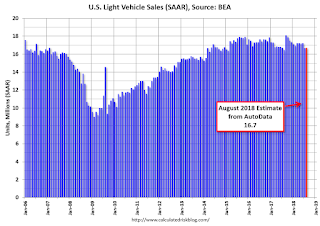 Note that this was an easy comparison to last August, since sales in August 2017 were negatively impacted by hurricanes.  The increase in sales at the end of 2017 was due to buying following the hurricanes. 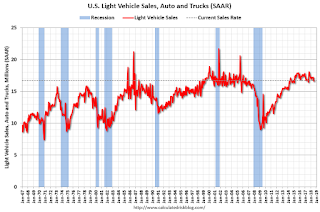 This was below the consensus forecast for August.