The BEA released the Personal Income and Outlays report for June: 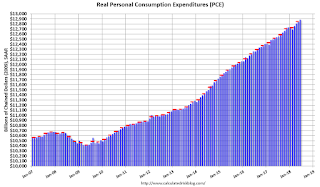