This was the highest level for total housing starts and single family starts since 2007.

Here is a table of housing starts since the bubble peak in 2005. 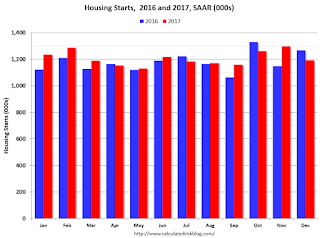 Note that single family starts were up 8.5% in 2017, and the weakness (as expected) was in multi-family starts. 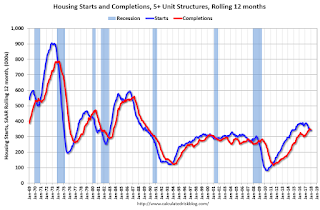 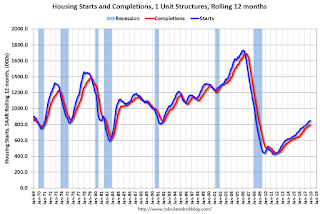