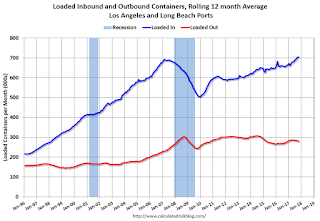 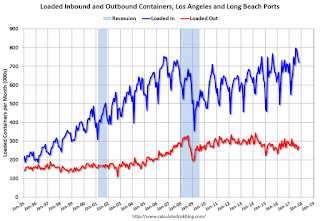 This was the 2nd highest level of imports ever for the month of October - following record imports in July, August and September - suggesting the retailers are optimistic about the Christmas Holiday shopping season.

In general imports have been increasing, and exports are mostly moving sideways to down recently.