As part of the new home sales report, the Census Bureau reported the number of homes sold by price and the average and median prices. 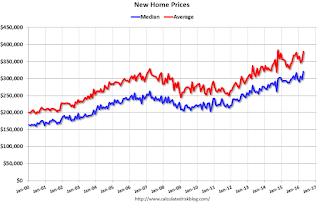 The median is at a new high. 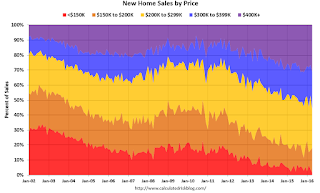 The $400K+ bracket has increased significantly.