Based on an estimate from WardsAuto, light vehicle sales were at a 17.2 million SAAR in December.

This is probably a record year for light vehicle sales (more on that when the official data is released). 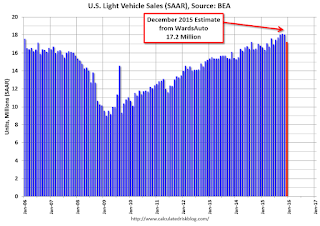 This was below the consensus forecast of 18.1 million SAAR (seasonally adjusted annual rate). 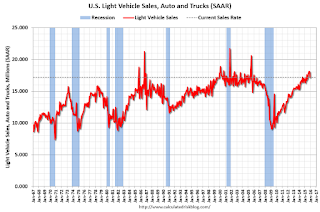 This was a below expectations, however 2015 was the best year ever for light vehicle sales.