Here are the previous posts on the employment report: 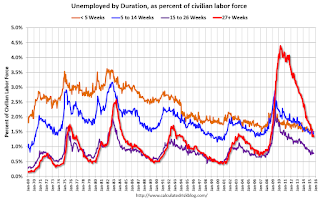 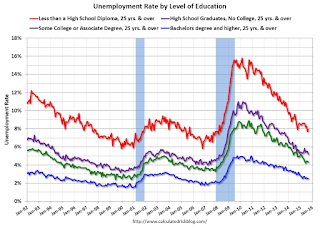 Unfortunately this data only goes back to 1992 and only includes one previous recession (the stock / tech bust in 2001). Clearly education matters with regards to the unemployment rate - and it appears all four groups are generally trending down.

Although education matters for the unemployment rate, it doesn't appear to matter as far as finding new employment.

Note: This says nothing about the quality of jobs - as an example, a college graduate working at minimum wage would be considered "employed". 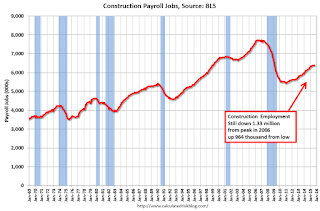 This graph shows total construction employment as reported by the BLS (not just residential).

Since construction employment bottomed in January 2011, construction payrolls have increased by 964 thousand.

Construction employment is still far below the bubble peak - and below the level in the late '90s. 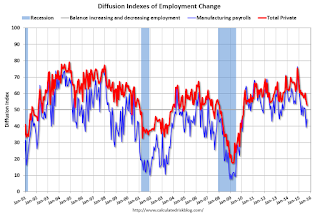 The BLS diffusion index for total private employment was at 52.9 in September, down from 55.5 in August.

Think of this as a measure of how widespread job gains are across industries. The further from 50 (above or below), the more widespread the job losses or gains reported by the BLS.  Above 60 is very good.  From the BLS: