NOTE: The BEA reported on Personal Income and Outlays for May. 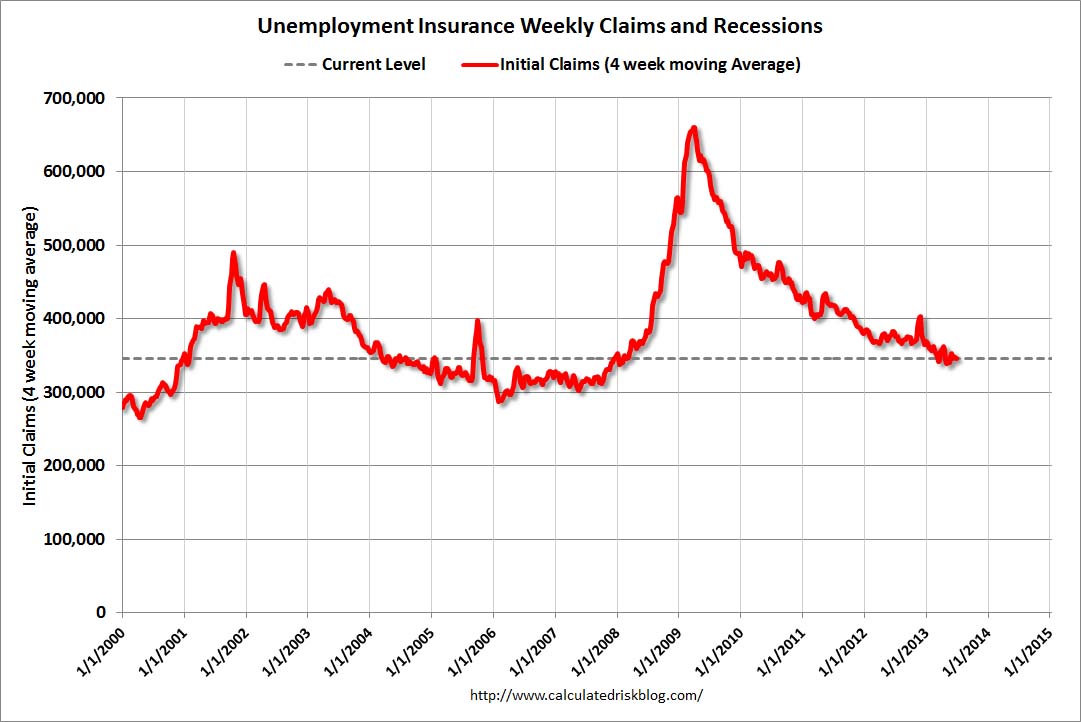 
The dashed line on the graph is the current 4-week average. The four-week average of weekly unemployment claims increased to 345,750.