Note: I'll have more on the employment report soon.

The trade deficit was below the consensus forecast of $44.8 billion.

The first graph shows the monthly U.S. exports and imports in dollars through January 2013. 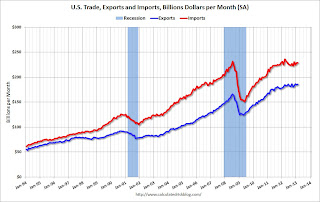 Exports increased in February, and imports were essentially flat, so the deficit declined.

The second graph shows the U.S. trade deficit, with and without petroleum, through February. 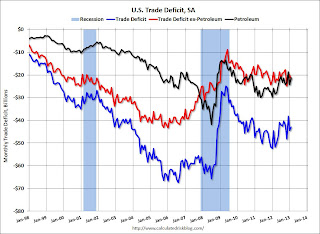