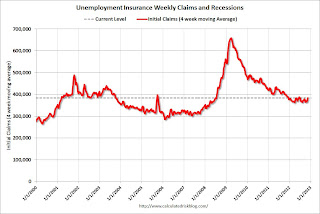 
The dashed line on the graph is the current 4-week average. The four-week average of weekly unemployment claims increased to 383,750.

This sharp increase is due to Hurricane Sandy as claims increased significantly in the impacted areas. Note the spike in 2005 related to hurricane Katrina - we are seeing a similar impact, although on a smaller scale.

Weekly claims were higher than the consensus forecast. 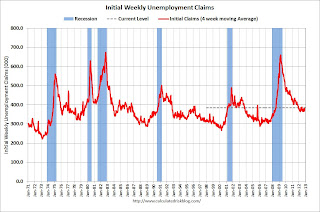