From the BEA: Personal Income and Outlays, June 2010 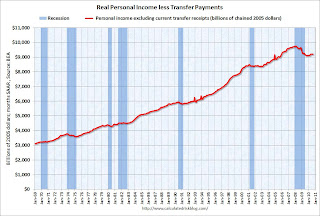 This measure of economic activity is moving sideways - similar to what happened following the 2001 recession.

This month the saving rate decreased ... 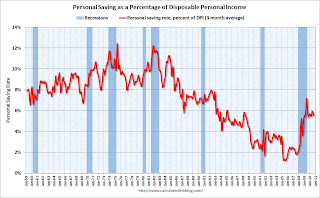 This graph shows the saving rate starting in 1959 (using a three month trailing average for smoothing) through the Setpember Personal Income report.

I expect the saving rate to rise some more over the next year, perhaps to 8% or so - keeping the pace of PCE growth below income growth.
Posted by Calculated Risk on 11/01/2010 08:30:00 AM
Newer Post Older Post Home