By request, here is a graph that shows the national index in both nominal and real terms (adjusted with CPI less shelter). 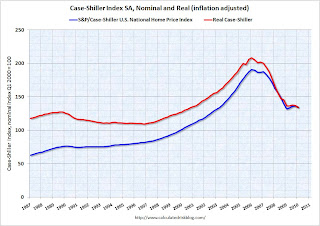