Although this is being reported as a "sharp increase" and above expectations, sentiment is still low - and this is just a rebound to the June levels. 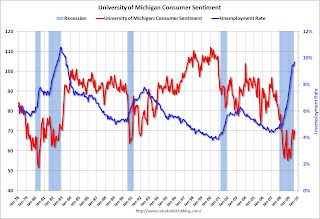 Consumer sentiment is a coincident indicator - it tells you what you pretty much already know.