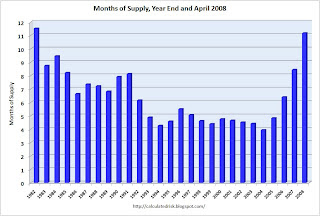 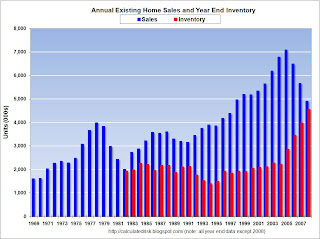 Note: for 2008 I used the April sales and inventory numbers. All other numbers are annual sales, and year-end inventory.

If the red columns (inventory) rises above the blue column (sales) - something that will probably happen this summer - then the "months of supply" number will be over 12.

The third graph shows the annual sales and year end inventory since 1982 (sales since 1969), normalized by the number of owner occupied units. This graph shows that inventory is at an all time record level by this key measure. 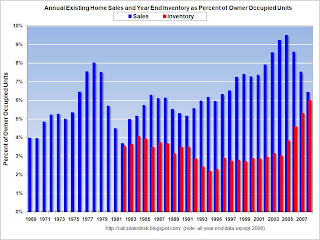 This suggests that sales of existing homes could fall further in 2008.