According to the Census Bureau report, New Home Sales in July were at a seasonally adjusted annual rate of 1.072 million. Sales for June were revised down to 1.120 million, from 1.131 million. Numbers for April and May were also revised down. 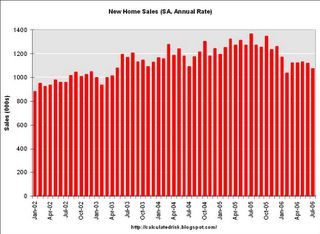 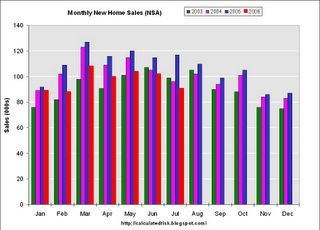 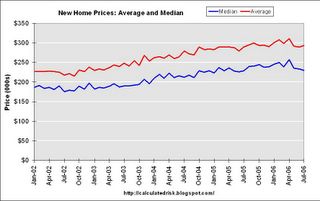 The median and average sales prices were down slightly. Caution should be used when analyzing monthly price changes since prices are heavily revised. 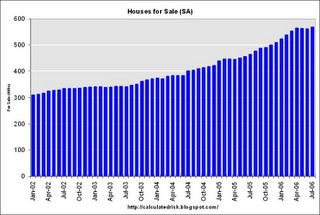 The seasonally adjusted estimate of new houses for sale at the end of July was 568,000. This represents a supply of 6.5 months at the current sales rate.

The 568,000 units of inventory is another record for new houses for sale. 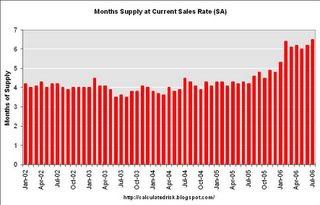 On a months of supply basis, inventory is above the level of recent years.

This report is weaker than expected by Wall Street, but is in line with recent reports from home builders. More later today on New Home Sales and Recessions.