LA area Port Traffic Down Sharply Year-over-year in May

Note: The expansion to the Panama Canal was completed in 2016 (As I noted a few years ago), and some of the traffic that used the ports of Los Angeles and Long Beach is probably going through the canal. This might be impacting TEUs on the West Coast. 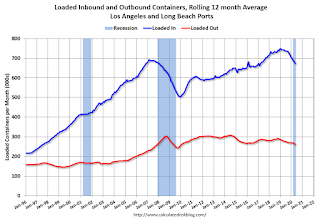 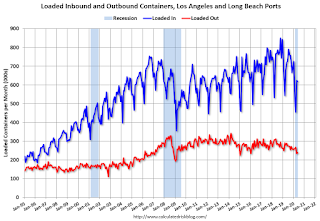 Because of the timing of the New Year, we would have expected traffic to decline in February without an impact from COVID-19, but bounce back in March and April.

In general imports both imports and exports have turned down recently.  There might be some bounce back soon.