The month-over-month composite index was -19 in May, up somewhat from the record low of -30 in April, and similar to -17 in March
emphasis added 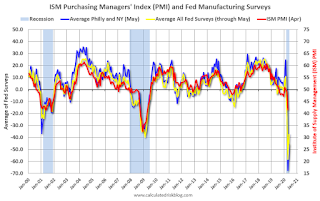