The key report scheduled for this week is the January employment report. 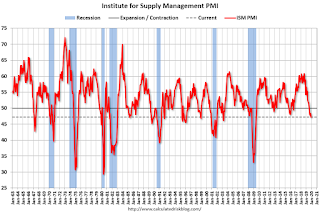 10:00 AM: Construction Spending for December. The consensus is for a 0.5% increase in construction spending. 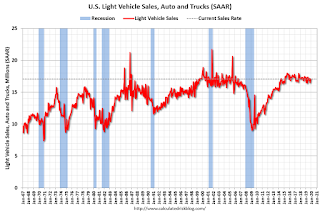 8:15 AM: The ADP Employment Report for January. This report is for private payrolls only (no government). The consensus is for 159,000 payroll jobs added in January, down from 202,000 added in December. 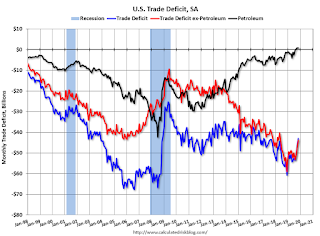 8:30 AM: Trade Balance report for December from the Census Bureau.

10:00 AM: the ISM non-Manufacturing Index for January. 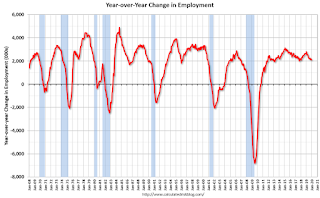 In December the year-over-year change was 2.108 million jobs.

Note: The annual benchmark revision will be released with the January report. The preliminary estimate of the Benchmark revision "indicates a downward adjustment to March 2019 total nonfarm employment of -501,000".