From the Chicago Fed: Chicago Fed National Activity Index Points to an Uptick in Economic Growth in January 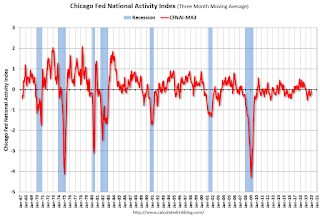 This suggests economic activity was below the historical trend in January (using the three-month average).