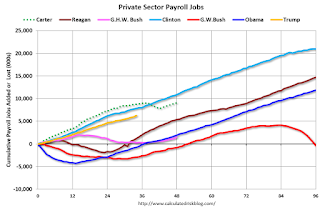 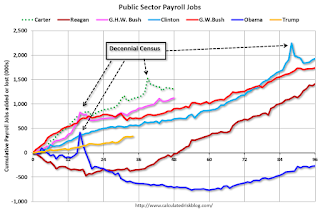 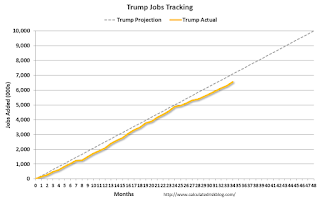 Note: Based on the preliminary Benchmark revision, there will be 501,000 fewer jobs in March 2019 after the Benchmark revision is released in February - so job growth is probably over 1 million behind the projection.