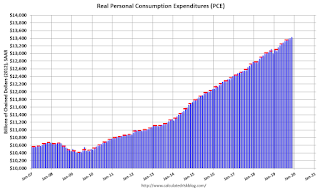 Note that core PCE inflation was up 1.6% YoY.