CR Note: I don't think the stock market is a great measure of policy performance, but some people do - and I'm having a little fun with them. 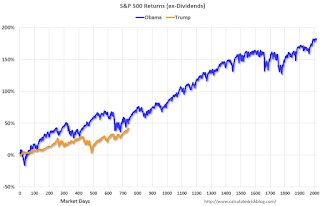