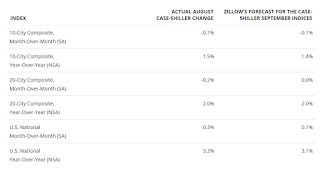 The Zillow forecast is for the year-over-year change for the Case-Shiller National index to be at 3.1% in September, down from 3.2% in August.