The U.S. Census Bureau and the U.S. Bureau of Economic Analysis announced today that the goods and services deficit was $52.5 billion in September, down $2.6 billion from $55.0 billion in August, revised. 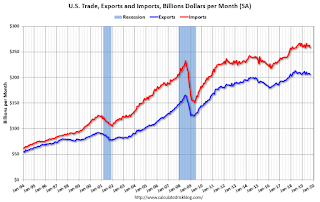 Both exports and imports decreased in September. 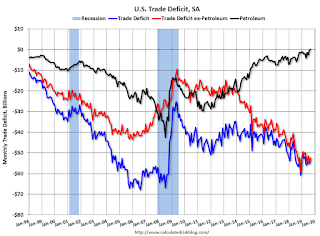 Note that the U.S. exported a slight net positive petroleum products in September.