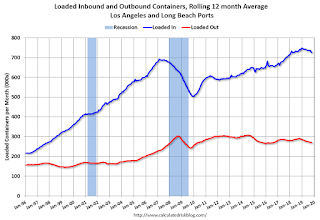 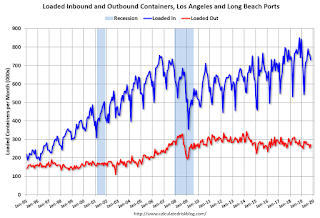 In general imports have been increasing (although down this year), and exports have mostly moved sideways over the last 8 years - and also have moved down recently.