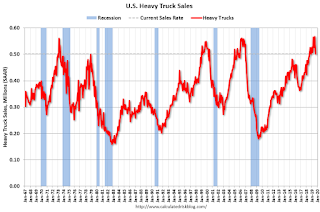 Following the low in 2016, heavy truck sales increased to a new all time high in July 2019, but have declined over the last couple months.