Mortgage applications increased 0.5 percent from one week earlier, according to data from the Mortgage Bankers Association’s (MBA) Weekly Mortgage Applications Survey for the week ending October 11, 2019. 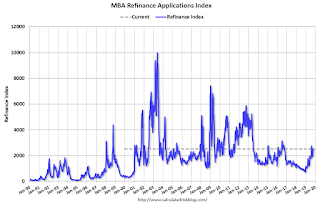 With lower rates, we saw a sharp increase in refinance activity.   Mortgage rates would have to decline further to see a huge refinance boom. 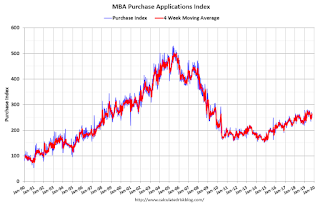