The BEA released the Personal Income and Outlays report for August: 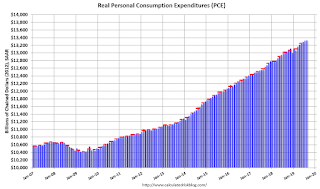 Note that core PCE inflation was up 1.8% YoY.