The key report this week is the August employment report on Friday.

Other key indicators include the August ISM manufacturing and non-manufacturing indexes, August auto sales, and the July trade deficit.

Fed Chair Jerome Powell will participate in a discussion on Friday.

For data nerds, the BLS will release their update Labor Force Projections on Wednesday.

All US markets will be closed in observance of the Labor Day holiday. 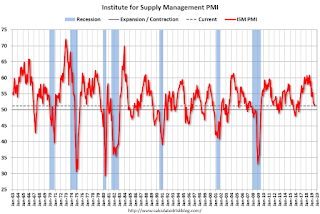 10:00 AM: Construction Spending for July. The consensus is for a 0.3% increase in construction spending. 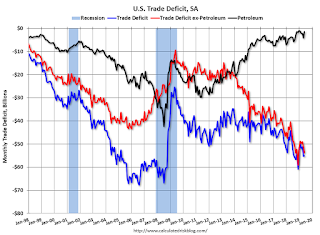 During the Day: The BLS is scheduled to release Labor Force projections through 2028. 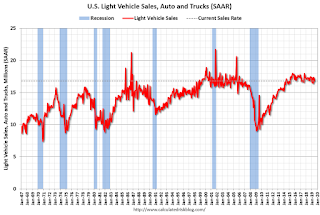 8:15 AM: The ADP Employment Report for August. This report is for private payrolls only (no government). The consensus is for 150,000 payroll jobs added in August, down from 156,000 added in July.

8:30 AM: The initial weekly unemployment claims report will be released. The consensus is for 215 thousand initial claims, unchanged from 215 thousand the previous week. 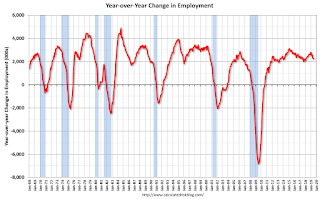 The consensus is for the unemployment rate to be unchanged at 3.7%.

In July the year-over-year change was 2.246 million jobs.