U.S. Heavy Truck Sales up 12% Year-over-year in June, Near All Time High 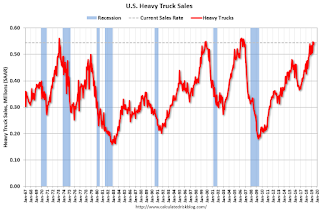