Trade Deficit increased to $55.5 Billion in May


The U.S. Census Bureau and the U.S. Bureau of Economic Analysis announced today that the goods and services deficit was $55.5 billion in May, up $4.3 billion from $51.2 billion in April, revised. 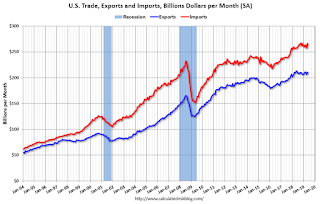 Exports and imports increased in May. 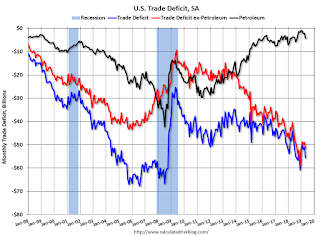