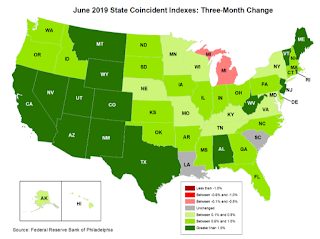 The map is mostly green on a three month basis, but there are some grey and red states. 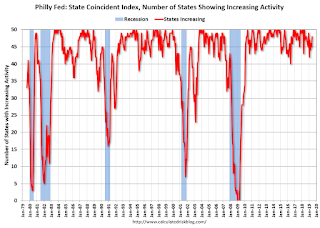