The U.S. Census Bureau and the U.S. Bureau of Economic Analysis announced today that the goods and services deficit was $50.8 billion in April, down $1.1 billion from $51.9 billion in March, revised. 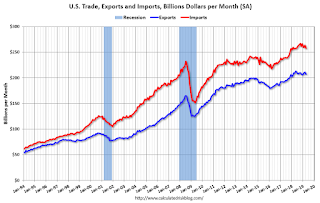 Exports and imports decreased in April.

In general, trade had been picking up, although both imports and exports have weakened recently. 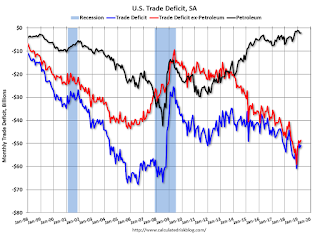