Comments on May Housing Starts

Earlier: Housing Starts at 1.269 Million Annual Rate in May

Total housing starts in May were above expectations, and starts for March and April were revised up. 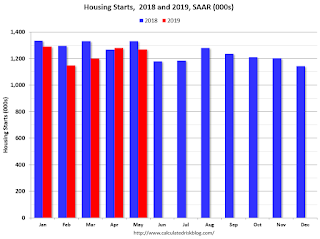 Last year, in 2018, starts were strong early in the year, and then fell off in the 2nd half - so the early comparisons this year are the most difficult. 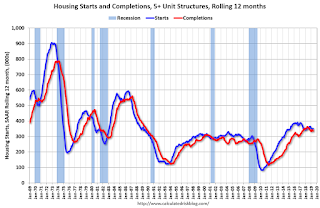 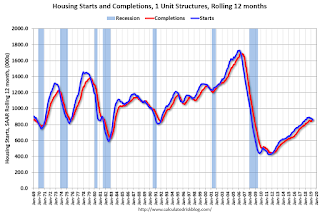